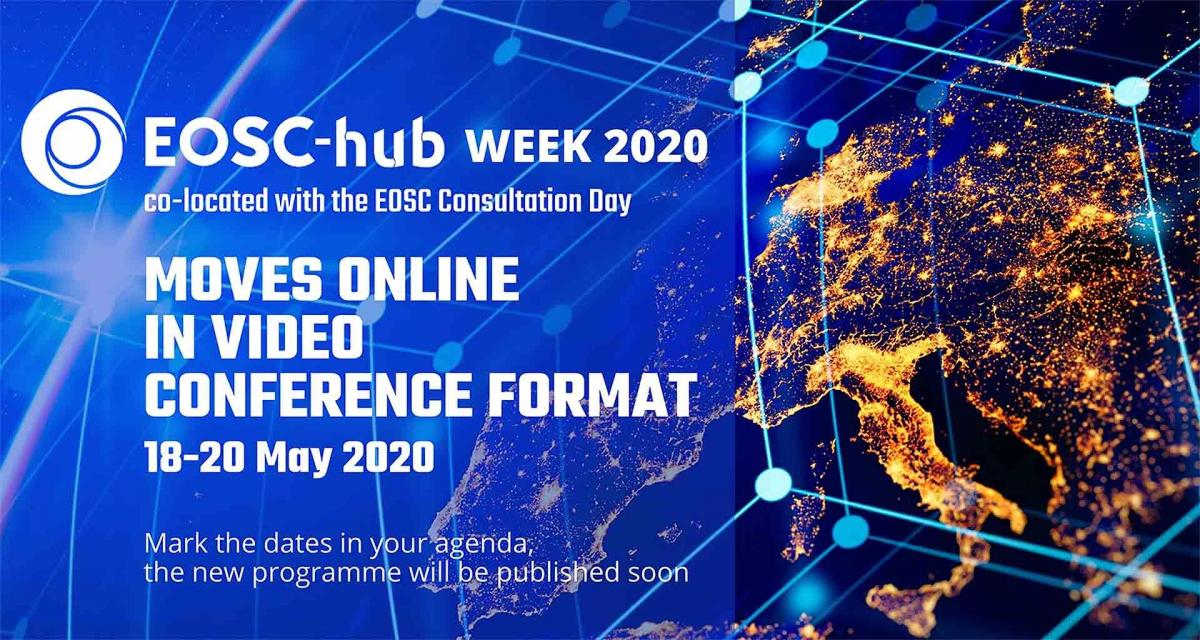 The EUDAT Summer School 2020 is cancelled

The EUDAT Collaborative Data Infrastructure (or EUDAT CDI) is one of the largest infrastructures of integrated data services and resources supporting research in Europe. It is sustained by a network of more than 20 European research organisations, data and computing centres that on September 2016 have signed an agreement to maintain the EUDAT CDI for the next 10 years and in 2018 have supported the establishment of the limited liability company, EUDAT Ltd.

This infrastructure and its services have been developed in close collaboration with over 50 research communities spanning across many different scientific disciplines and involved at all stage of the design process.

EUDAT’s vision is Data is shared and preserved across borders and disciplines. Achieving this vision means enabling data stewardship within and between European research communities through a Collaborative Data Infrastructure (CDI), a common model and service infrastructure for managing data spanning all European research data centres and community data repositories.

European researchers and practitioners from any research discipline can preserve, find, access, and process data in a trusted environment, as part of the EUDAT Collaborative Data Infrastructure. EUDAT offers heterogeneous research data management services and storage resources, supporting multiple research communities as well as individuals, through a geographically distributed, resilient network distributed across 15 European nations and data is stored alongside some of Europe’s most powerful supercomputers.

The EUDAT CDI supports the vision of the European Open Science Cloud offering open and seamless services for storage, management, analysis and re-use of research data, across borders and scientific disciplines. More on EUDAT & EOSC.

All the EUDAT data and computing centers are key players in the European Data Initiative (EDI). The EDI, once fully implemented, will underpin the European Open Science Cloud deploying the high-bandwidth networks and the supercomputing capacity necessary to effectively access and process large datasets stored in the cloud. This infrastructure will allow fully unlocking the value of Big Data and digital by default. More on EUDAT & EDI.

In addition, in June 2019, the European High Performance Computing Joint Undertaking has announced the selection of eight sites for supercomputing centres across the EU. These new supercomputers will be made accessible to European researchers, industry and businesses, to develop new applications in areas such as artificial intelligence and personalised medicine, drug and material design, bio-engineering, weather forecasting, and combatting climate change. Three members of the EUDAT CDI (BSC, CINECA, CSC) are the organisations hosting the three pre-exascale supercomputers: Marenostrum 5 (BSC), Leonardo (CINECA) and LUMI (CSC Finland).

The G8 Open Data Charter declares that “open data are an untapped resource with huge potential to encourage the building of stronger, more interconnected societies that better meet the needs of our citizens and allow innovation and prosperity to flourish”, and sets out five principles that will be the foundation for access to, and the release and re-use of, data made available by G8 governments. Science and research is recognised as one of the areas of high-value data. The European Commission published in 2011 a Communication entitled “Open data: An engine for innovation, growth and transparent governance” that singles out the acceleration of scientific progress as one of the reasons why open data is crucial for Europe. Funding agencies increasingly require open access to research data in the investigations that they support. EUDAT itself aims to support sharing and reuse of open data through its services, while recognising that not all data will be completely unrestricted.