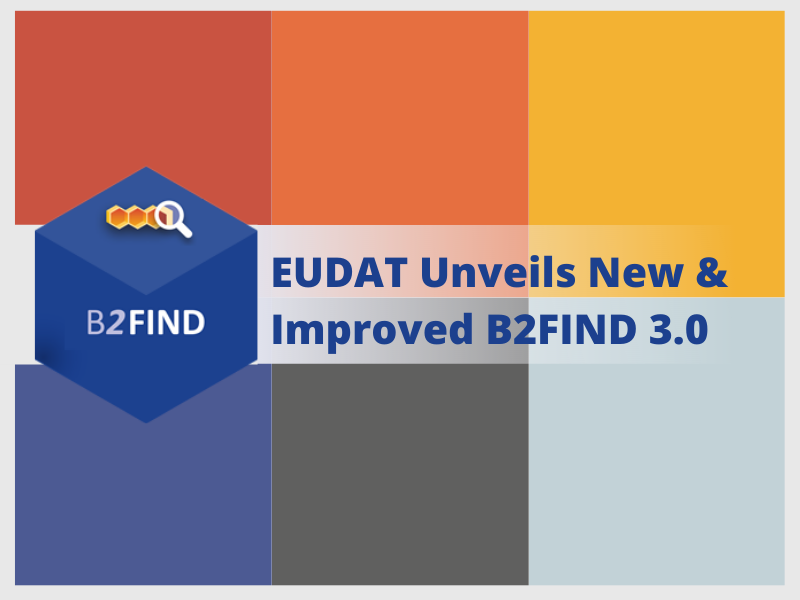 EUDAT announces the launch of the latest improved version of its flagship discovery service B2FIND and is now accessible at b2find.eudat.eu as of Friday 16 October 2020 at 9:00 CEST.

B2FIND´s development goes back to the beginnings of EUDAT in 2011 which was followed up by the project EUDAT 2020 and led to the development of a comprehensive metadata catalogue comprising research data from different scientific disciplines using various metadata schemas and standards.

Since the entire complex of metadata management has increased in importance and developed further in recent years, there was a growing need for enhanced modularisation of the core B2FIND ingestion code.

A discovery interface for research data with optimised technical requirements, amended workflows, and improved metadata standardisation provides benefits for all. Users searching for data can benefit from enhanced precision and recall, while data providers can benefit from increased visibility of their research data.

The future is yet to come

B2FIND now represents metadata records from 33 research communities with more than 1 million curated datasets and several search options to narrow down results. But EUDAT doesn't stop there: Several communities are ‘in the pipeline’ to be integrated within the next weeks.

Publishing the new B2FIND metada schema as EUDAT core will enable a seamless exchange of information stored in a core set of metadata elements between the EUDAT services B2FIND and B2SHARE and introducing <Instrument> as metadata element is expected to enhance the findability of research data from specific research areas.

Where to find what